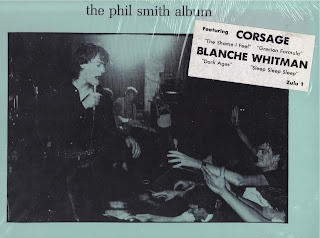 Bought this local compilation sealed at Zulu Records, which is kinda funny because it was also the debut release on the Zulu Records label. Actually... that isn't really funny at all. Anyways, all of the bands on here feature the record's namesake, Phil Smith and also include future and former members of other Vancouver groups such as the Dishrags, Pointed Sticks, Modernettes, Subhumans, etc. 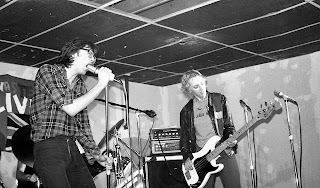 Taken from the Bloodied But Unbowed page,

"Wasted Lives were formed in November 1978 by singer Phil Smith, guitarist Colin Griffiths, and bassist Mary-Jo Kopechne (Mary Armstrong). Guitarist Brad Kent was a founding member of the band, but left to join the Avengers. Phil Smith was a journalist writing for Simon Fraser University’s The Peak; he also contributed to SnotRag and Public Enemy. Wasted Lives disintegrated in summer 1979 when Mary-Jo joined the Modernettes; but not before they recorded the incendiary proto-hardcore tune Wirehead for the Vancouver Complication album. In October, they released the posthumous single, Divorce b/w False Hopes, on their own Spoken Records label. The single’s B-side was actually credited to Big Black Puppets, an ad-hoc combo consisting of Phil and Mary with Bill Napier-Hemy on guitar and Dimwit (credited as Ed Norton) on drums.

Phil Smith acted as the manager of The Dishrags during 1980. In 1981, he fronted the Doors spoof Jimbo & The Lizard Kings, one of many bands operating within the Bud Luxford stable of “fuck bands.” Smith formed his next serious project, Corsage, with childhood friend Bill-Napier Hemy. In November 1981, Corsage released the cassette Rome Burns, Corsage Sings, which included the song Shame I Feel. Corsage continued throughout 1982-84 with various musicians. In March 1983, the best selections of Smith’s various projects were released on The Phil Smith Album, the debut release of the new Zulu Records label, and a music video was shot for The Shame I Feel. Phil Smith and Bill Napier-Hemy continue to record and perform together from time to time, usually under the Corsage moniker." 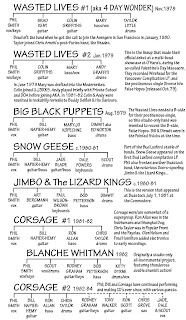