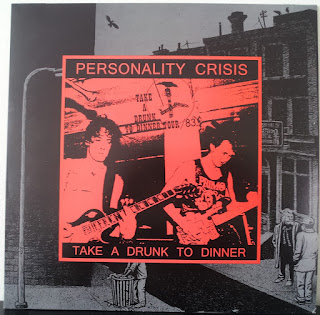 I'm not sure exactly when this bootleg came out, but the art on the back says 2011, so I'm going with that. This is a great soundboard recording, not taped from the audience or with a boombox. Recorded live in Seattle, 9/6/83 on their 'Take A Drunk To Dinner Tour'. 'The Jam' was used as the B-Side for their posthumous "Twilight's Last Gleaming" 7 inch. Strangely enough, that song is not listed anywhere on this record, along with 'Intoxication' (Rancid X cover) and 'People In Glass'. 'Demolition Girl' is a cover by The Saints. This show was also videotaped (see below), too bad it was never released. 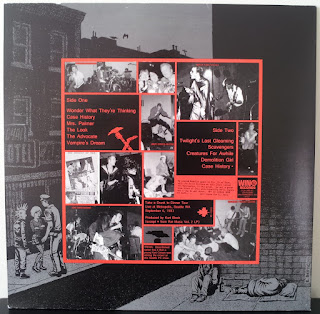 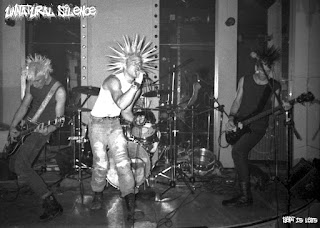 One of the main reasons I started this blog was for rare local stuff like this. This live tape was ripped and emailed to me courtesy of Dan Walters, thanks again! Unnatural Silence put out a couple of demo tapes and appeared on a few cassette compilations. This show was recorded before their second demo, with the later line-up that featured Ray on vocals (who would go on to briefly sing for Fratricide). The last song was taken from a different gig at John Barley's from '85. All in all, not a bad live recording. 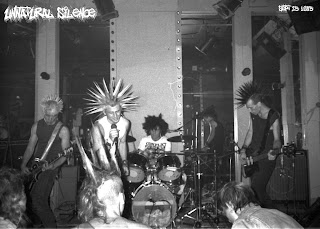 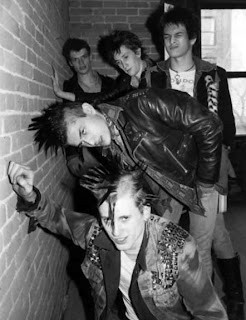 This was also given to me by Dan, who hooked me up with the A.O.T. demo last month. I don't really know anything about this short-lived Vancouver band except that one of the members later played in Death Sentence. I tried looking for some info about them online, but all I could find was a write-up in a 1984 local scene report in No Cause For Concern fanzine.

"THE FITZ (not to be confused with Britain's The Fits) look and sound like a band that has just been plucked out of Britain and placed down in Vancouver. Their biggest influence is G.B.H. which is quite obvious to anyone who sees them play and like G.B.H. they don't move around at all, the music is very basic and it would seem to anyone that doesn't know them that they worry more about whether their spikes are going to fall over than whether they play well." 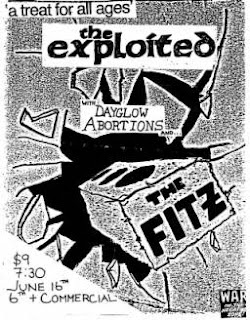 Two songs from this demo also appeared on 'Tales From The Western Shore' and the other 3 on 'Uncovered Reality'. The songs listed here are in alphabetical order because they weren't numbered when I got them. Like you give a shit. 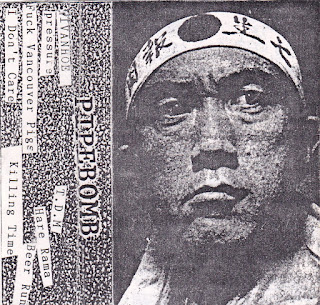 This tape came out before their self-titled 7" , which I posted last year. The first six songs are from the same recording session. Tracks 3, 4 and 6 are same versions that appear on the record. I miss this band. 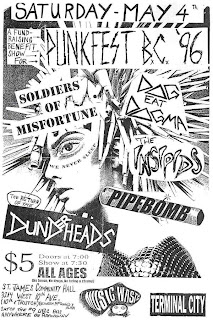