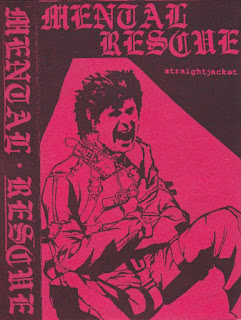 Debut release by what I'm assuming is a studio side project featuring Chany from Inepsy on vocals and Jo Galipeau from Germ Attak playing all the instruments. This sounds nothing those aforementioned bands, instead what you get here is short fast HC that almost sounds like it was written on the spot. They also released a couple of 7"s, (one of them limited to a whopping 23 copies) that can be heard here.