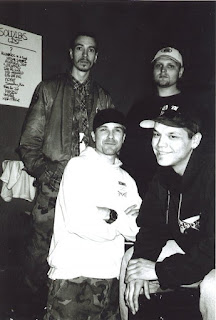 This is what I like to call Soldiers Of Misfortune 'Mach II'. These are the recordings of the later line-up after the original band first split up in early '97. They were given to me by their singer, Pete on a 'Best Of' burnt CD that also included a few demo songs from "Pay Attention". 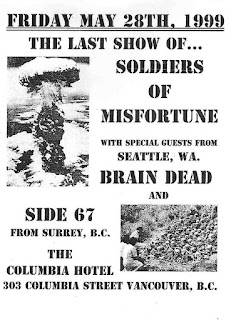 Updated 11.26.16
Tracks 1-5 were from a rough demo recorded sometime in 1999. Track 2 was taken from a 2nd generation tape I recently found in my garage after I thought it was lost forever. 6-15 were from a live soundboard recording at The Columbia Hotel in Vancouver, also from '99. Again, like their earlier material, it's a shame these songs were never recorded in a proper studio and officially released.